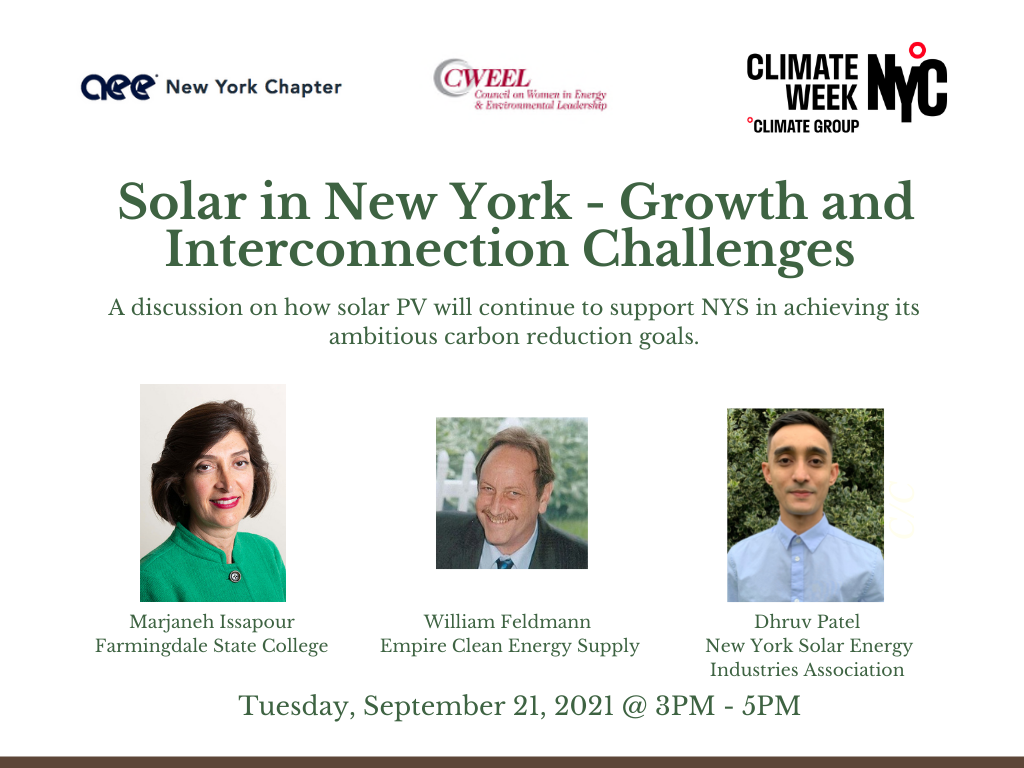 On September 21, AEE New York Chapter and New York CWEEL Group co-hosted a meeting focusing on the growth and interconnection challenges of the solar industry in New York State. It’s also a part of the celebration of NYC Climate Week.

The meeting included two parts. The first hour was a webinar put together by AEE New York Chapter. It discussed how solar PV will continue to support NYS in achieving its ambitious carbon reduction goals. One of the speakers, Dr. Marjaneh Issapour, gave a comprehensive overview of existing professional training programs on renewable energy development that she manages at Farmingdale State College.

In the second hour, NY-CWEEL Group hosted a virtual networking event discussing the content presented during the webinar. The audience broke off into six breakout rooms on a Zoom call facilitated by a board member from the New York Chapter. During the breakout room session, attendees shared their comments or questions with the speakers and other participants. They also gave positive feedback to the networking hour.

Here we’d like to thank AEE New York Chapter Board for their support and dedication to NY-CWEEL Group’s growth. Over 100 participants joined the webinar, and about 30 people stayed until the 2-hour program ended.

The Council on Women in Energy & Environmental Leadership (CWEEL) is a division of the Association of Energy Engineers (AEE) that supports the role of women in the energy and environmental industries.

Join the CWEEL newsletter today to stay up to date on events and more!