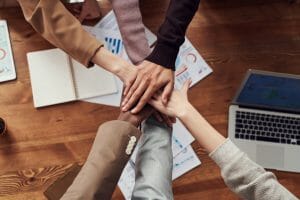 She specializes in energy efficiency, demand response, renewable energy, distributed generation and mini-grids. She has held many hats during her 18-year career in the energy sector, including the Maryland Energy Administration, Southern Maryland Electric Cooperative as well as previous consulting experience.

Crissy earned a Bachelor of Arts in International Affairs from the University of Maryland, College Park and a Master’s of Science in Environmental Sciences and Policy from the Johns Hopkins University. She is also accredited by the Association of Energy Engineers as a Certified Energy Manager (CEM).

Ellen Bomasang is a clean energy expert with over 25 years’ experience working on increasing access, improving capacity, increasing affordability, and accelerating market development in emerging economies. She has provided technical inputs to various bilateral and multilateral agencies that have resulted in widely disseminated lessons learned and best practices documents. She has served as an off-grid renewable energy expert on various projects in Asia, Africa, Eastern Europe, Latin America, and the Middle East, with a specific focus on increasing private sector investment in the sector. In addition to renewable energy, she has also worked in the conventional energy sector – in particular, petroleum and oil and gas projects.  In the area of gender equality and social inclusion (GESI), she has been working, for the last 12 years, to promote a favorable institutional and policy environment to mainstream GESI in the energy sector, increase the representation and participation of women and other marginalized groups, and enhance their leadership and technical skills.   She has developed and implemented strategic plans for integrating GESI issues in programs and contributed to GESI thought leadership and various gender communities of practice.  She has lived and worked in developing countries and has effectively communicated and collaborated with a wide range of partners and stakeholders. Ellen has a master’s degree in Public Policy from Saitama University (Japan) and a bachelor’s degree in Economics from the University of the Philippines.  She lives in Silver Spring, Maryland with her husband, John, their youngest son Andrew (13), and their 2 dogs, Daisy and Diego. 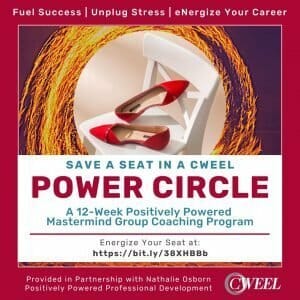 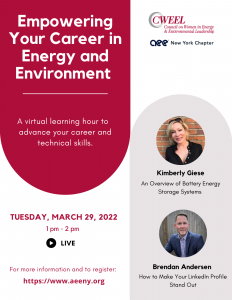 Empowering Your Career in Energy and Environment 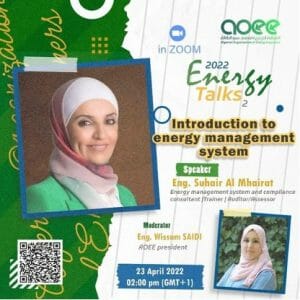 The Council on Women in Energy & Environmental Leadership (CWEEL) is a division of the Association of Energy Engineers (AEE) that supports the role of women in the energy and environmental industries.

Join the CWEEL newsletter today to stay up to date on events and more!